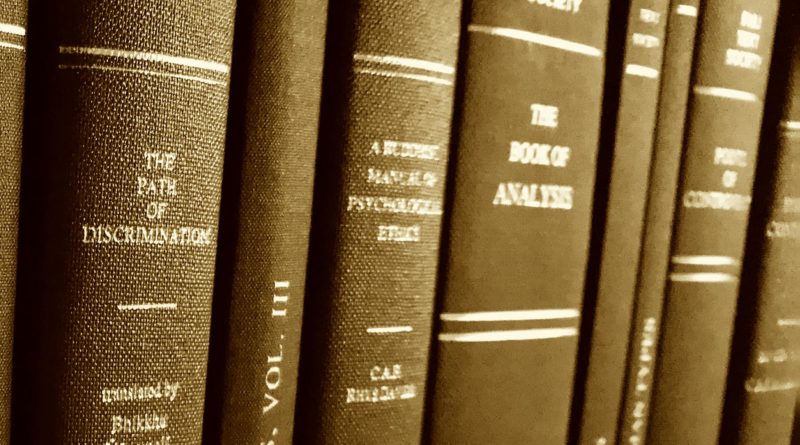 The Buddhist Society of Western Australia

To the Blessed One, the Lord who fully attained perfect enlightenment,
To the Teaching which he expounded so well,
And to the Blessed One’s disciples, who have practised well,
To these – the Buddha, the Dhamma and the Sangha –
We render with offerings our rightful homage.
It is well for us, Blessed One, that having attained liberation,
You still had compassion for later generations.
Deign to accept these simple offerings
For our long-lasting benefit and for the happiness it gives us.

The Lord, the Perfectly Enlightened and Blessed One –
I render homage to the Buddha, the Blessed One.

The Teaching so completely explained by him –
I bow to the Dhamma.

The Blessed One’s disciples who have practised well – I bow to to the Sangha.

a. RECOLLECTION OF THE BUDDHA

He, the Blessed One, is indeed the Noble Lord, the Perfectly Enlightened One;
He is impeccable in conduct and understanding, the Serene One, the Knower of the Worlds;
He trains perfectly those who wish to be trained; he is Teacher of gods and men; he is Awake and Holy.

b. RECOLLECTION OF THE DHAMMA

The Dhamma is well-expounded by the Blessed One,
Apparent here and now, timeless, encouraging investigation,
Leading to liberation, to be experienced individually by the wise.

I chant my praise to this Teaching,
I bow my head to this Truth.

This is what should be done
By one who is skilled in goodness,
And who knows the path of peace:

Let them be able and upright,
Straightforward and gentle in speech.
Humble and not conceited,
Contented and easily satisfied.
Unburdened with duties and frugal in their ways.
Peaceful and calm, and wise and skillful,
Not proud and demanding in nature.

Let them not do the slightest thing
That the wise would later reprove.

Let none deceive another,
Or despise any being in any state.
Let none through anger or ill-will
Wish harm upon another.

Even as a mother protects with her life
Her child, her only child,
So with a boundless heart
Should one cherish all living beings:
Radiating kindness over the entire world
Spreading upwards to the skies,
And downwards to the depths;
Outwards and unbounded,
Freed from hatred and ill-will.

Whether standing or walking, seated or lying down
Free from drowsiness,
One should sustain this recollection.

This is said to be the sublime abiding.
By not holding to fixed views,
The pure-hearted one, having clarity of vision,
Being freed from all sense desires,
Is not born again into this world.

4. THE REFUGES AND PRECEPTS

The “Going for Refuge” and taking the Precepts define a person as a practising Buddhist.

Going for Refuge gives a continual perspective on life by referring one’s conduct and understanding to the qualities of Buddha (wisdom), Dhamma (truth) and Sangha (virtue). The Precepts are also for reflection and to define one’s actions as a responsible human being.

There is a formal means of requesting the Refuges and Precepts from a bhikkhu, which is as follows:

After bowing three times, with hands joined in A~njali, recite the following:

We, Venerable Sir, request the three Refuges and the Five Precepts.

For the second time, we, Venerable Sir, request the three Refuges and the Five Precepts.

For the third time, we, Venerable Sir, request the three Refuges and the Five Precepts.

4.1 GOING TO THE THREE REFUGES

Repeat after the leader:

Leader:
This completes the going to the Three Refuges.

To undertake the precepts, repeat each precept after the leader:

1. I undertake the precept to refrain from destroying living creatures.

About Pali text and pronunciation:

In this transcription, Pali diacritical marks are represented using plain ASCII characters according to a convention widely used on the Internet by Pali students and scholars. Long vowels (those usually typeset with a bar above them) are doubled: aa ii uu . For consonants, the diacritic mark precedes the letter it affects. Thus, the retroflex (cerebral) consonants (usually typeset with a dot underneath) are: .r .t .th .d .dh .n .m .s .l . The guttural nasals (m or n with a dot above) are represented by “m and “n . The palatal nasal is represented here as ~n .

Paali is the original language of the Theravadin Buddhist scriptures, the closest we have to the dialect spoken by the Buddha himself. It has no written script of its own, and so every country that has adopted Theravada Buddhism has used its own script to transcribe it. In Thailand this has meant that Paali has picked up some of the tones of the Thai language, as each consonant and consonant cluster in the Thai alphabet has a built-in tone — high, medium, low, rising, or falling. This accounts for the characteristic melody of Thai Paali chanting.

Paali has two sorts of vowels, long — aa, e, ii, o, uu, and ay; and short — a, i, and u. Unlike long and shorts vowels in English, the length here refers to the actual amount of time used to pronounce the vowel, and not to its quality. Thus aa and a are both pronounced like the a in father, simply that the sound aa is held for approximately twice as long as the sound a. The same principle holds for ii and i, and for uu and u. Thus, when chanting Paali, the vowels are pronounced as follows:

a as in father
o as in go
e as in they
u as in glue
i as in machine
ay as in Aye!

Consonants are generally pronounced as they are in English, with a few unexpected twists:

Paali also contains retroflex consonants, indicated with a dot under the letter: .d, .dh, .l, .n, .t, .th. These have no English equivalent. They are sounded by curling the tip of the tongue back against the palate, producing a distinct nasal tone.

In this last case, the consonant clusters mentioned above — bh, dh, .dh, gh, jh, kh, ph, th, .th — count as single consonants, while other combinations containing h — such as lh and mh — count as double.) 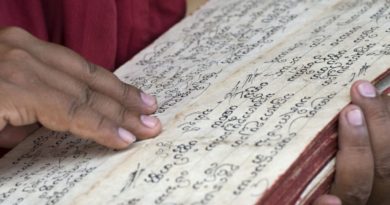 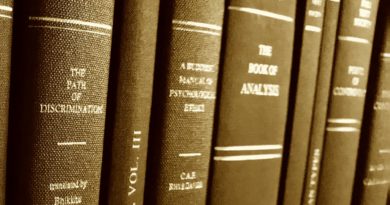