Arahant: A “worthy one” or “pure one;” a person whose mind is free of defilement and thus is not destined for further rebirth. A title for the Buddha and the highest level of his noble disciples. Sanskrit form: Arhat.

Brahmā: An inhabitant of the highest heavenly realms, of form and formlessness.

Brahman: A member of the priestly caste, which claimed to be the highest caste in India, based on birth. In a specifically Buddhist usage, “brahman” can also mean an arahant, conveying the point that excellence is based not on birth or race, but on the qualities attained in the mind.

Deva: Literally, “shining one.” An inhabitant of the heavenly realms.

Dhamma: (1) Event; action; (2) a phenomenon in and of itself; (3) mental quality; (4) doctrine, teaching; (5) nibbāna (although there are passages describing nibbāna as the abandoning of all dhammas). Sanskrit form: Dharma.

Jhāna: Mental absorption. A state of strong concentration focused on a single sensation or mental notion. This term is derived from the verb jhāyati, which means to burn with a steady, still flame.  Sanskrit form: Dhyāna.

Nibbāna: Literally, the “unbinding” of the mind from passion, aversion, and delusion, and from the entire round of death and rebirth. As this term also denotes the extinguishing of a fire, it carries connotations of stilling, cooling, and peace. “Total nibbāna” in some contexts denotes the experience of Awakening; in others, the final passing away of an arahant. Sanskrit form: Nirvāṇa.

Pāli: The language of the oldest extant complete Canon of the Buddha’s teachings.

Samaṇa: Contemplative. Literally, a person who abandons the conventional obligations of social life in order to find a way of life more “in tune” (sama) with the ways of nature. The samaṇa movements of the Buddha’s time—of which the Buddha’s was one—taught doctrines that, rejecting many of  the conventions of brahmanical practice and beliefs, looked to nature for their inspiration.

Saṁsāra: Transmigration; the process of wandering through repeated states of becoming, with their attendant death and rebirth.

Saṁvega: A sense of overwhelming terror or dismay over the pointlessness of life as it is normally lived.

Saṅgha: On the conventional (sammati) level, this term denotes the communities of Buddhist monks and nuns. On the ideal (ariya) level, it denotes those followers of the Buddha, lay or ordained, who have attained at least stream-entry.

Theravāda: The school of Buddhism that takes the Pāli Canon as the most reliable record of the Buddha’s words. 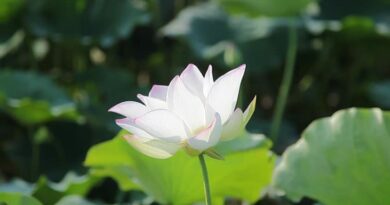 THE POWER OF JUDGMENT

STRENGTH TRAINING FOR THE MIND

HEAD & HEART TOGETHER – BRINGING WISDOM TO THE BRAHMAVIHĀRAS

THE LESSONS OF GRATITUDE

THE JOY OF EFFORT