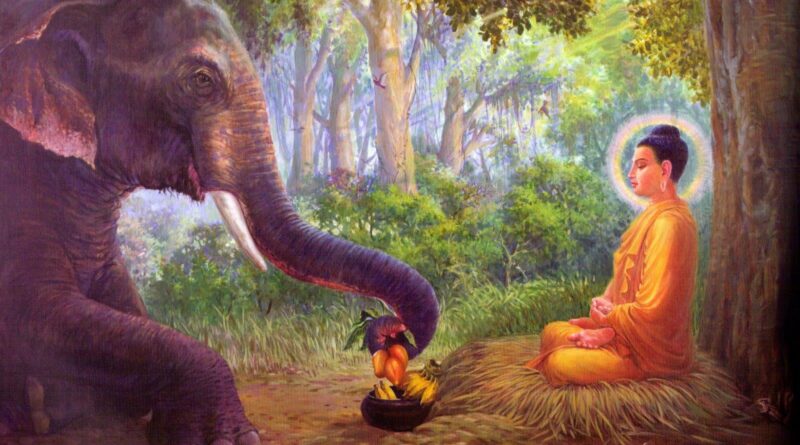 INCIDENTS FROM THE LIFE OF THE BUDDHA: WHOLESOME ACTIONS CAUSE BIRTH IN A HAPPY STATE

The headman of a village said to the Buddha that people in order to be born in a happy state perform many rites and rituals, wear various kinds of dresses and adornments, garlands, use fragrance and ointments, worship the fire in many ways, perform other rituals and think that they have done all that were to be done. There are some who, after practicing a low form of occult practices, interact with some spirits and claim to take people to heaven with their help. Venerable Sir! You are omniscient. Kindly do something so that all beings of the world after their death are born in a happy state in heaven.

The Buddha asked him a counter question. “If some body kills, steals, commits adultery, tells a lie, indulges in back biting, speaks harshly, is talkative, is greedy, is of low mentality and has false views, do you think he deserves to go to heaven? Is he fit to go there? Or, if after his death, many people assemble there and pray with folded hands for him to attain a good destiny, take birth in the heaven then by this act, can he really be born in heaven? No, no action performed after one’s death, can deliver him. This is impossible.”

Let us understand it by an example. Let one drop a huge piece of stone in a big lake which sinks under its own weight. Can this stone float on the water even if a great assembly of people pray to it, make a vow to propitiate it, or worship it or by performing any other ritual?

Similarly, on another occasion, the Buddha was asked if he has the same feeling of compassion for everybody. If so, why is it that some reap great benefit, some reap less benefit, and some remain devoid of Dhamma benefit? Why so? Why doesn’t his compassion enable everybody to have the same amount of benefit?”

The Buddha explained this by giving the example of a farmer who has three types of land – (1) Very fertile, (2) not so fertile and (3) completely barren wasteland. In this situation, first of all he sows seeds in the fertile land, thereafter in the less fertile land, and lastly in the barren wasteland. The seed is the same and it is sown with the same effort and care. But the harvest is not the same. In the same way, three types of people come to me to learn Dhamma. In the first type are serious students, who are like the very fertile land. The seeds sown in them will soon bear fruit, because they start practicing Dhamma with complete devotion and determination. Ordinary householders, both male and female, constitute the second type. They also learn Dhamma while performing their day to day worldly activities. They do possess devotion and determination, but at the same time they also face hurdles of worldly life. Still, they work for their own welfare by walking on the path of Dhamma. Thirdly, there are some people who are like barren land. Although I instruct them in the same manner as I do others, they are not able to practice the Dhamma in the right way because they are involved in their own rites and rituals and believe in different philosophies. They are benefited to the extent they learn, understand and practice Dhamma. Some people go away after listening to the Dhamma. They do not practice it at all. As a result, they remain totally deprived of Dhamma. But my compassion always remains the same for all of them.

The Buddha explained it by giving another example. Suppose someone has three pitchers, one without a hole, the second with a small hole, and the third with a big one. He first fills water in the pitcher with no hole, which is used by him for the whole day. Then he fills the second pitcher knowing that it may not last for the whole day, but can still provide water for some time. He fills water in the third pitcher with the intention that whatever water is filled is used immediately for bathing or washing clothes and utensils.

Very serious meditators are like the first pitcher. Ordinary householders, both male and female, who practice Dhamma in spite of hurdles are like the second pitcher. People entangled in various rites and rituals are like the water filled in the third pitcher. Whatever Dhamma they learn and practice, they are benefited to that extent although I shower my compassion equally on all.

Meditators! Come on! Let us also learn from these examples given by the Buddha and become a fertile land of Dhamma, observe five precepts of virtue scrupulously with faith and devotion. With strong morality let us strengthen our right concentration and with the help of right concentration let us develop experiential wisdom of impermanence from deep within, and ensure our progress in the right direction by doing good deeds. In this lie our good and well- being. 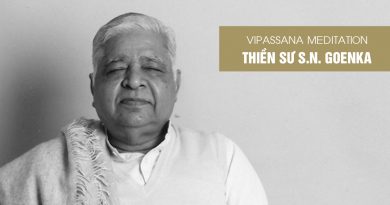 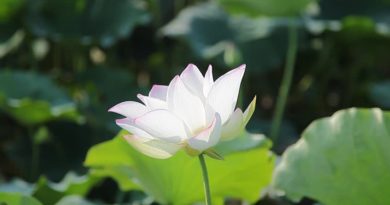 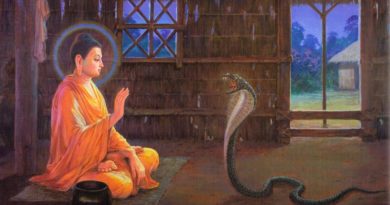 Infinite Forbearance And Compassion Of The Buddha